Language of the text: English
Nobility: Nobles - Knights
Nobles in:Spain
The country or region of the dossier mainly refers to the places where the family was ascribed to the nobility and may be different from those of residence

Ancient and noble family from Spain, of clear and ancestral virtue, that has worldwide spread, over the centuries, with main settlements in the US. The clear nobility of this House is confirmed by its presence in the fundamental heraldic work "Repertorio de blasones de la comunidad hispánica - letras A-B-C-CH" by Vicente de Cadenas y Vicent (April 29, 1915 – December 21, 2005) a cronista rey de Armas ("Chronicler King of Arms") of the Kingdom of Spain. According to what has been handed down, the first traces left by this family date back to the 13th century. Some family members, in fact, appear among the forces of Ferdinand III, king of Castile and León, in the battle of Jerez, also called the Jerez cavalcade, that was fought in 1231 against the Moors. It took place near the modern city of Jerez de la Frontera, in southern Spain. The Moors were ... 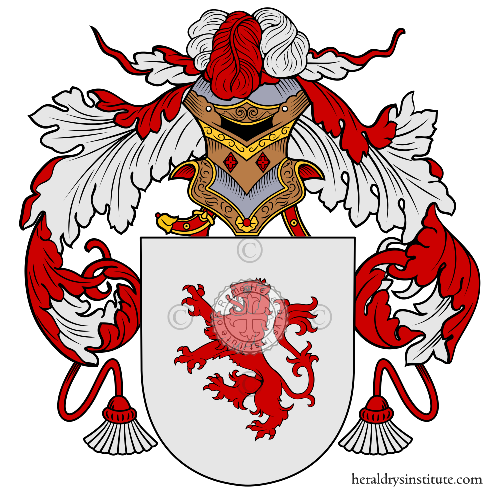 1. Coat of arms of family: Carricarte