Language of the text: English
Nobility: Nobles - Lords - Counts
Nobles in:France - Belgium
The country or region of the dossier mainly refers to the places where the family was ascribed to the nobility and may be different from those of residence
Variations Last name: Corre,Nassau Conroy,Nassau Corroy
Variations of surnames are frequent and mainly derive from involuntary acts such as translation errors or dialectal inflections or from voluntary acts such as attempts to escape persecution or acquisition of titles and properties of other families

Ancient and noble Belgian family, of clear and ancestral virtue, that has worldwide spread, over the centuries. A branch in particular moved to Brittany where, however, its surname was changed to Corre. The clear nobility of this House is also testified by its presence in some of the most important heraldry books, such as the "Armorial général" by JB Rietstap, a monumental work that contains the blazons of the coats of arms of more than 130,000 European families. The Corroy family is a branch of the House of Nassau; a branch always faithful to the king of Spain and Roman Catholic. Its history starts with the marriage between Otto II of Nassau (c. 1305 – 1351) and Adelheid of Vianden, daughter of Philip of Vianden and Adelheid of Arnsberg. In fact the counts of Vianden owned the castle of Corroy since the 13th century. But the branch specifically known as Corroy ... 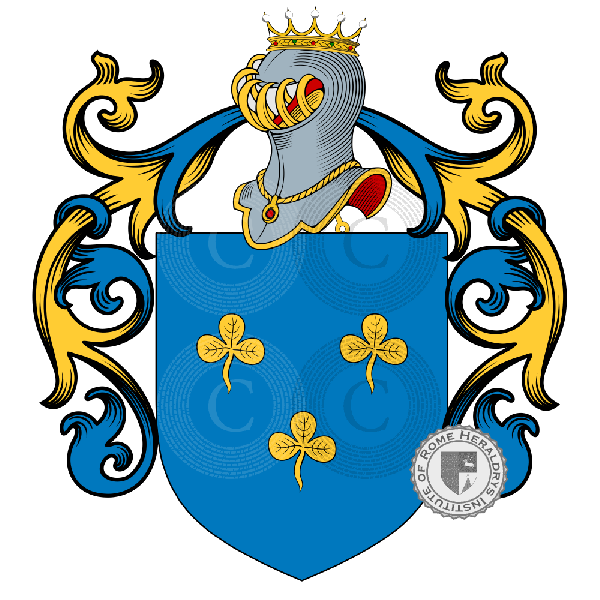 1. Coat of arms of family: Corre 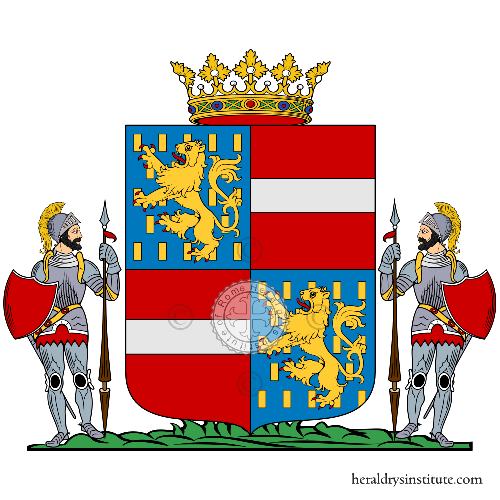 Quarterly; 1° and 4° azure, semé of billets, and a lion rampant or langued and armed gules; 2° and 3° gules, a fesse argent.

Coat of arms of family Nassau Corroy or Corroy.
Click to Buy