Language of the text: Italiano
Nobility: Nobles
Nobles in:Italia (Spain)
The country or region of the dossier mainly refers to the places where the family was ascribed to the nobility and may be different from those of residence

Ancient and noble spanish family, of clear and ancestral virtue, that has spread, during the centuries, in different European regions and worldwide. The clear nobility of the family is confirmed by the presence of its blazon in the valuable work "Repertorio de blasones de la comunidad hispánica", by Vicente de Cadenas y Vicent. (Ediciones Hidalguia, 1985). Besides, this family, in all ages, always stands out, thanks to the prominent figures, which gave birth, in the public service, in the liberal and ecclesiastical professions and in the military service. Among these, without undervalue the omitted, we would like to mention: Jorge, militiaman, present at the Battle of St. Quentin; Juan Antonio, landowner in Andalusian territory, flourishing in 1583; Francisco, councilor in Malaga, flourishing in 1601; Roberto, Doctor of Law, flourishing in Malaga, in 1629; Felipe, canon in Tiana, flourishing in 1641; Martin, landowner in Andalucia, flourishing in 1645; Alejandro, who ... 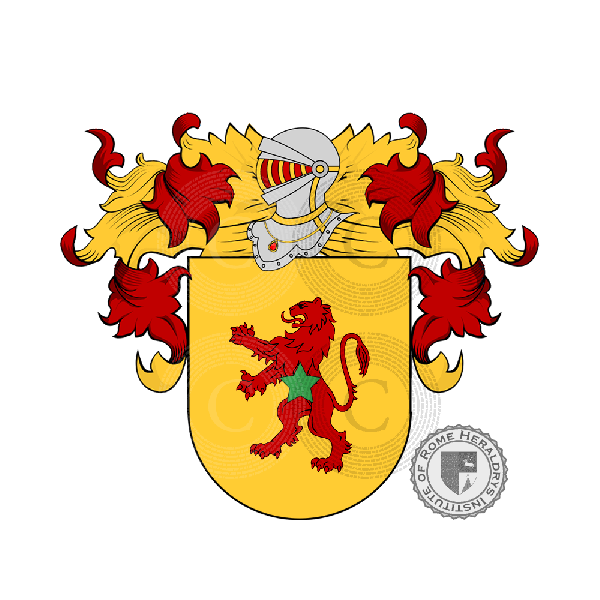 1. Coat of arms of family Cristo

Or, a lion gules under an estoile vert of five points.