Dossier: 600775
Type:Heraldic dossiers
Language of the text: English
Nobility: Baronets - Knights - Lords
Nobles in:England - Scotland
The country or region of the dossier mainly refers to the places where the family was ascribed to the nobility and may be different from those of residence
Variations Last name: Currie
Variations of surnames are frequent and mainly derive from involuntary acts such as translation errors or dialectal inflections or from voluntary acts such as attempts to escape persecution or acquisition of titles and properties of other families

The name 'Currier' originates from England, and Scotland. It is a variant of the Scottish habitation name 'Currie', derived from the habitation name from 'Currie' in the former county of Dumfries, and Midlothian, now part of Lothian region, first attested in this form in 1230. It is apparently derived from the Gaelic word 'cueeaigh', meaning wet plain, marsh. one of the places in Somerset so called from the river 'Curry', on which they stand, the name of which is of unknown origin. Compiled information from Historical and Private archive's has confirmed that the surname 'Currier' and or it's variant's, dates as far back as the 14th century were a 'Simon Courour', from the county of Yorkshire, England, is recorded on Poll Tax records in 1379. The exact period of settlement in North America has not been definitely determined but Information extracted from Public and Civil registry archive's confirm that one ... 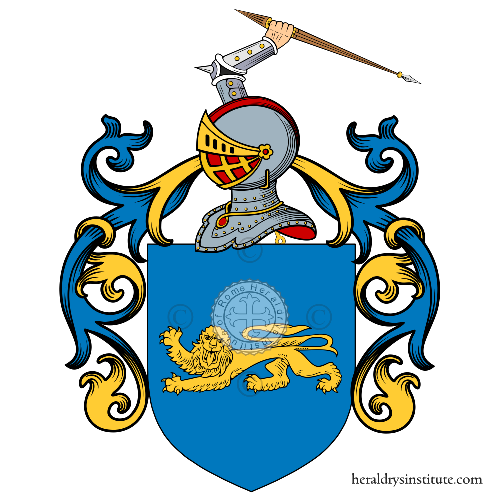 1. Coat of arms of family: Currier

Azure a lion passant guardant or. Crest-An arm in armour embowed, holding a spear, all proper. 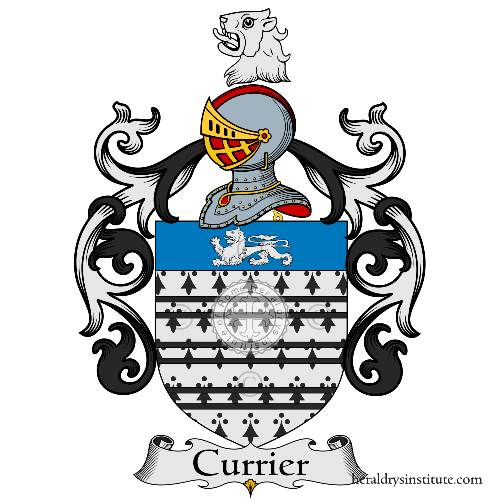 2. Coat of arms of family: Currier 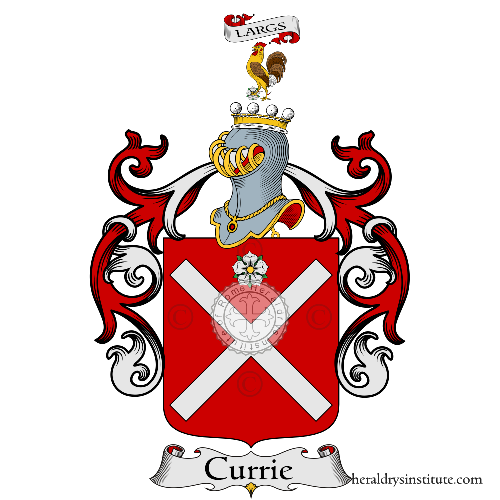 3. Coat of arms of family: Currie