Language of the text: English
Nobility: Nobles - Knights - Lords
Nobles in:France (Brittany)
The country or region of the dossier mainly refers to the places where the family was ascribed to the nobility and may be different from those of residence

Ancient and noble German family, of clear and ancestral virtue, with branches in the Netherlands, in France and in many Balkan countries, that has worldwide spread over the centuries, especially in all those places that were once European colonies. The clear nobility of this House is also confirmed by its presence in some fundamental heraldic works, such as the "Armorial général," by the Dutch heraldist J.B. Rietstap, a monumental work that contains the blazons of the coats of arms of more than 130,000 European families, and "Siebmachers Wappenbuch", by the German heraldic artist Johann Ambrosius Siebmacher, a heraldic multivolume book series of armorial bearings or coats of arms of the nobility of the Holy Roman Empire. Known as Cyre or Csire, this family belonged to the ancient nobility of the "Uradel", a term coined only in modern times, in reference to noble families whose ancestral lineage can be traced back ...
To know more 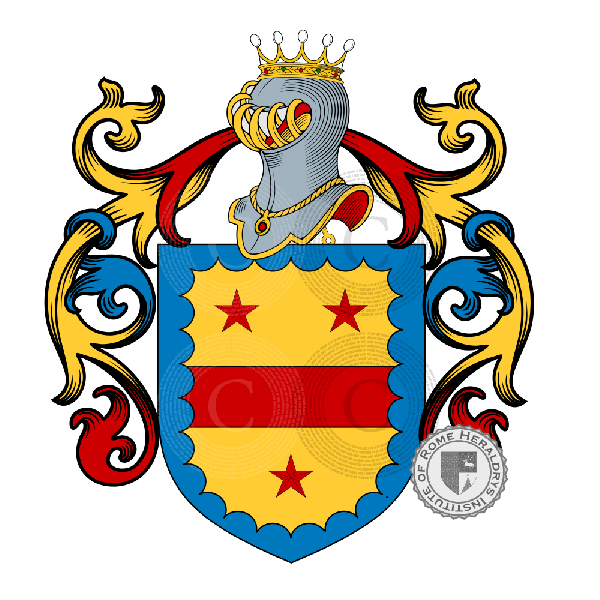 1° Coat of arms of family Cyre

Or, a fesse gules between three stars of five points of the same. Bordure engrailed azure. 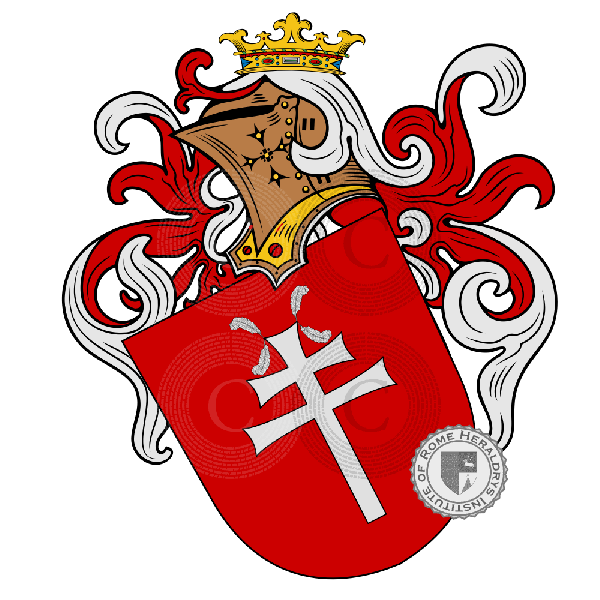 2° Coat of arms of family Csire

Gules, a Maltese cross-notched patriarchal cross argent whose top is decorated with four (two each) ostrich feathers up and down. 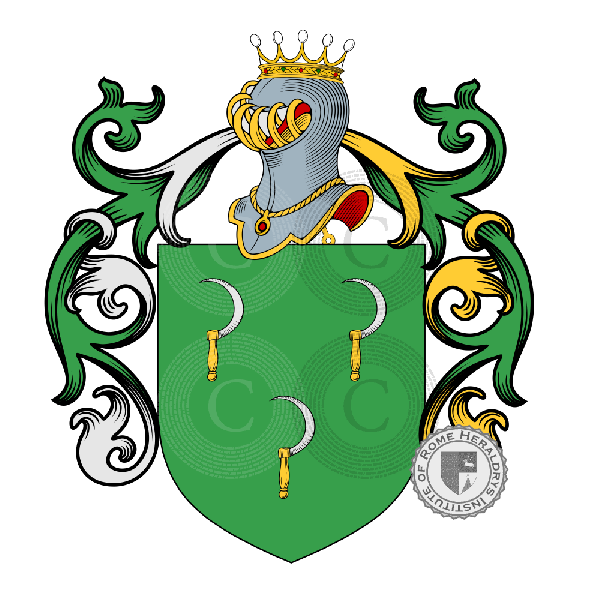 3° Coat of arms of family Cyr

Vert, three sickles argent emmanché or, per pale 2 and 1.