Language of the text: English
Nobility: Nobles - Barons
Nobles in:Italy (Kingdom of Sicily)
The country or region of the dossier mainly refers to the places where the family was ascribed to the nobility and may be different from those of residence
Variations Last name: Criscenza,de Crescenzio,di Crescenzio
Variations of surnames are frequent and mainly derive from involuntary acts such as translation errors or dialectal inflections or from voluntary acts such as attempts to escape persecution or acquisition of titles and properties of other families

Ancient and noble family from the Kingdom of the Two Sicilies, known as (di) Crescenzio or (di) Crescenzo, of clear and ancestral virtue, that has worldwide spread, over the centuries. Originally from Messina, this noble House also had branches in Naples, Chieti and in other towns of the kingdom. As written in the fundamental heraldic work "Il Dizionario storico-blasonico delle famiglie nobili e notabili italiane, estinte e fiorenti" of the Italian writer and heraldist Giovan Battista di Crollalanza (19 May 1819 – 8 March 1892), published in Pisa in three volumes between 1886 and 1890, this family had the lordship of the fiefs of Canicattì and Ravanusa with the baronial title. And in fact also the Villabianca, an Italian historian, author of the volume "Sicilia nobile", wrote about a Giovanni Andrea C., baron of Canicattì, and an Andrea C., baron of Ravanusa. Moreover, this family, in all ages, always stood ... 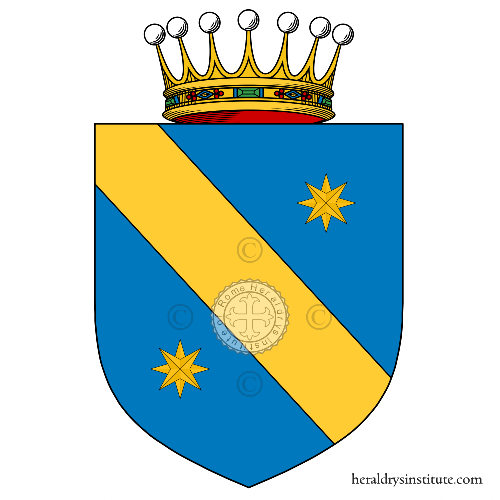 1. Coat of arms of family: Criscenza

Azure; a bend between two stars of height points, or. 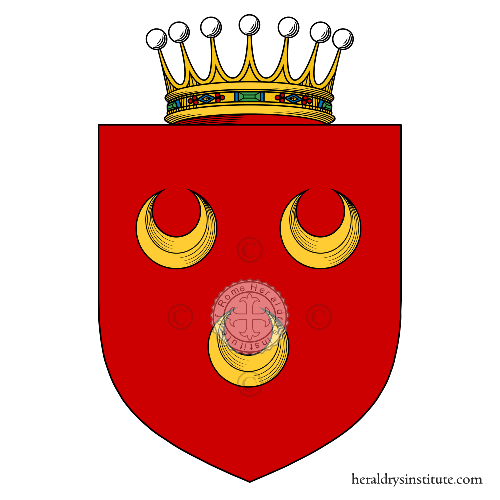 2. Coat of arms of family: Crescenzio