Language of the text: English
Nobility: Lords - Knights
Nobles in:Spain
The country or region of the dossier mainly refers to the places where the family was ascribed to the nobility and may be different from those of residence

Ancient and noble Spanish family, of clear ancestral virtue, that has worldwide spread, over the centuries. The members of this House distinguished themselves in the Orders of Santiago, Calatrava, Alcantara, Montesa, Carlos III and Saint John of Jerusalem, a military religious order founded in the 11th century. Others also distinguished themselves numerous times in the Royal Chancery of Valladolid and Granada, in the Royal Company of Marine Guards and in the Royal Audience of Oviedo. Moreover, this family, in all ages, always stood out, thanks to the prominent figures, which gave birth, in the public service, in the liberal professions and in the military service. From our archives: Juan Sebastian, landowner in Galicia, flourishing in 1538; Antonio, knight, flourishing in La Coruña, in 1563; Rodrigo, doctor of law, flourishing in Madrid, in 1587; Andres, landowner in Galicia, flourishing in 1616; Jeronimo, councillor in St James of Compostella, flourishing in 1652; ... 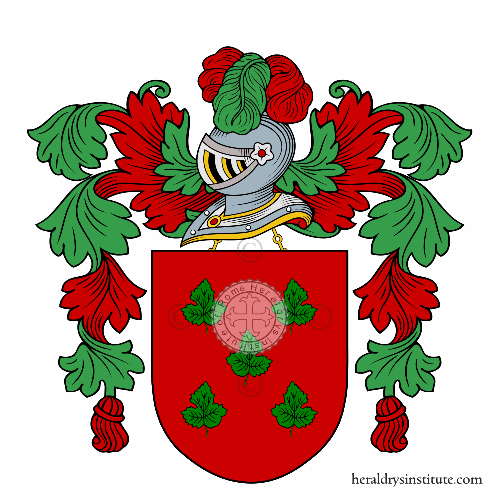 1. Coat of arms of family: Eusebio