Language of the text: English
Please note this is an automatic translation done by a program, if you buy a heraldic document the text will be written by a native language heraldist
Nobility: Duchi - Nobili
Nobles in:Italia (Regno di Napoli)
The country or region of the dossier mainly refers to the places where the family was ascribed to the nobility and may be different from those of residence

Ancient and very noble Campania family, called Fusco, Fosco or Foschi, all variants of the same cognomination, which has spread over the centuries in different regions of Italy. To this family, joined to the nobility of Ravello in 1743, belonged eight bishops, among which Angelotto, commander of Cava, elected cardinal in 1432 by Pope Eugene IV; Nicola, lord of Acerno, cupbearer of Charles III of Anjou; Nicola, lord of Valenzano, general treasurer of king Ladislao D'Angiò Durazzo. The family was also joined to the nobility of Letters in the nineteenth century, recognized admissible in the Royal Bodyguards in the person of Federico, who as 1st lieutenant of the "3rd Prince Line Infantry Regiment" participated in the campaign of 1860/61 for the defense of the Kingdom of the Two Sicilies, distinguishing itself in the guerrilla actions at the Pontifical border and receiving the honor of the Cross of San Giorgio and ... 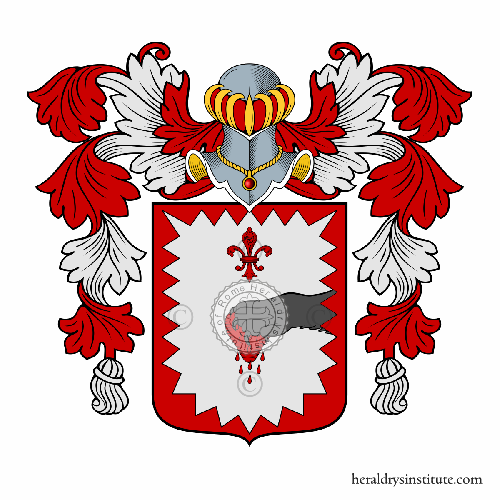