Language of the text: English
Nobility: Nobles - Knights - Barons
Nobles in:Italy (Kingdom of Sicily)
The country or region of the dossier mainly refers to the places where the family was ascribed to the nobility and may be different from those of residence

Ancient and noble Sicilian family, of clear and ancestral virtue, that has worldwide spread, over the centuries. The origin of the surname is to be found in a modification of the biblical name Giovanni. According to what has been handed down the family flourished firstly in Rome where was among the nobles already in the XV century as reported by Domenico Jacovacci in his "Repertories of families". From there the family moved to Sicily. In fact its clear nobility is also confirmed by its presence in the "Nobiliario di Sicilia" by Antonio Mango di Casalgerardo, fundamental heraldic work for understanding the Sicilian nobility. Moreover, this Family, in all ages, always stood out, thanks to the prominent figures, which gave birth, in the public service, in the liberal professions and in the military service. Don Domenico Iannelli, doctor of laws and apostolic commissioner, was arch-priest and ordinary of Cerignola in the ...
To know more 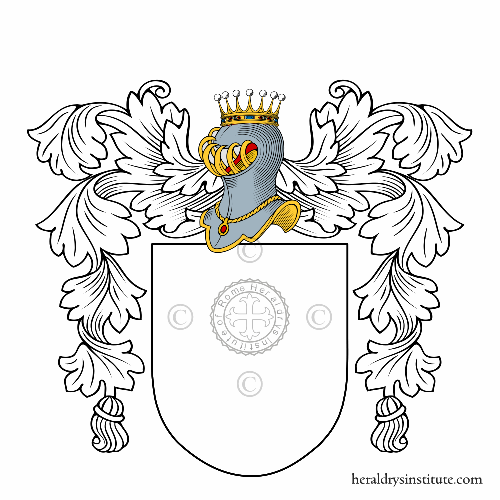 1. Coat of arms of family Iannelli 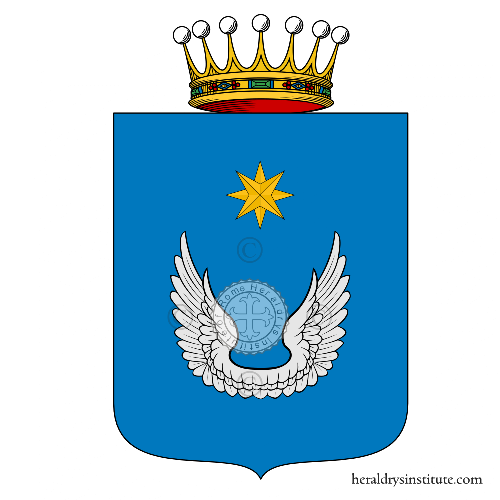 2. Coat of arms of family Iannelli

Azure, two wings conjoined, argent, surmounted by a star of eight points, or.

Coat of arms of family Iannelli; the source is uncertain, various websites indicate it as accredited and there are no contrary opinions.
Click to Buy 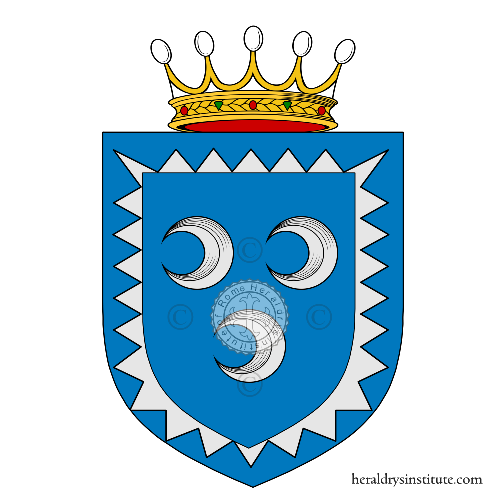 3. Coat of arms of family Vulgamini