Language of the text: English
Nobility: Nobles - Barons
Nobles in:Deutschland - Österreich
The country or region of the dossier mainly refers to the places where the family was ascribed to the nobility and may be different from those of residence
Variations Last name: Kaldern,Kaldere
Variations of surnames are frequent and mainly derive from involuntary acts such as translation errors or dialectal inflections or from voluntary acts such as attempts to escape persecution or acquisition of titles and properties of other families 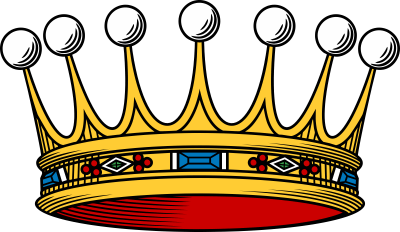 Ancient and noble German family, known as Kaldern or Kalder, of clear and ancestral virtue, that has worldwide spread over the centuries. A branch of this House moved to Austria where it received the title of baron. According to what has been handed down, this family, as a reward for valuable services rendered to Charles IV, Holy Roman Emperor, was admitted to the "Briefadel" (lit. "letter of nobility"), the so-called new nobility as opposed to "Uradel", a term coined only in modern times, in reference to noble families whose ancestral lineage can be traced back to before the Middle Ages. Originally from Caldern, in Hesse, the place from which it took its name, branches of this family are also found in other German Land, such as Baden-Württemberg and Bavaria. Moreover this House, in all ages, always stood out, thanks to the prominent figures, which gave birth, in the public service, ...
To know more 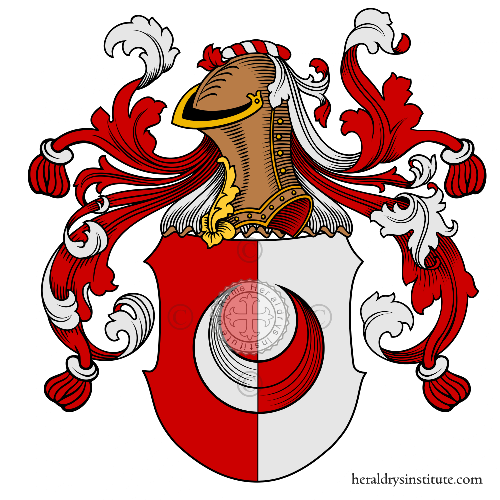 1° Coat of arms of family Kalder

Party per pale gules and argent; a crescent counterchanged. 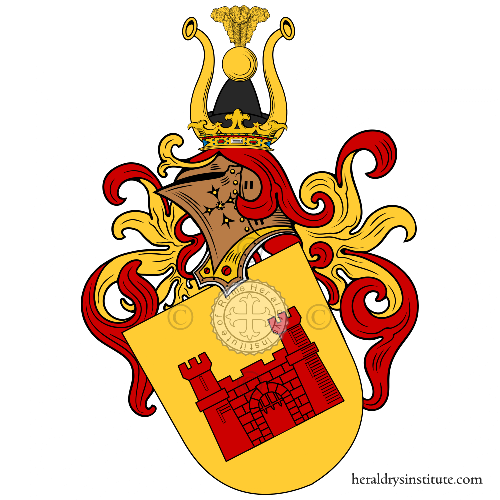 2° Coat of arms of family Kaldern

Or, a castle double-towered, gules. Crest: a pyramidal cap, sable, sommé par a ball, or, supporting three ostrich feathers of the same between two elephant's trunk, or.