Language of the text: English
Nobility: Nobles - Knights - Lords
Nobles in:England - Ireland - Usa (England)
The country or region of the dossier mainly refers to the places where the family was ascribed to the nobility and may be different from those of residence

The surname 'Mayo' originates from England. It is a variant of 'Mayhew', derived from the Norman given name of 'Mahieu', a variant of 'Mathieu', which in itself is derived from the medieval given name of 'Mathew', of biblical origin, ultimately from the Hebrew male given name of 'Matityahu' meaning 'Gift of God', recorded in the Greek New Testament in the form of 'Matth(a)ias', Taken into Latin as both 'Matthias' and 'Matthaeus', the former being used for the apostle and the latter from the evangelist. Public and Civil registry archive's confirm that the surname 'Mayo' and or it's variant's, date as far back as the sixteenth century were a 'Nicholas Mayo', is registered at the University of Oxford, England, in 1537. The exact period of settlement in North America has not been definitely determined but Information extracted from Public and Civil registry archive's confirm that one of the first settlers was ... 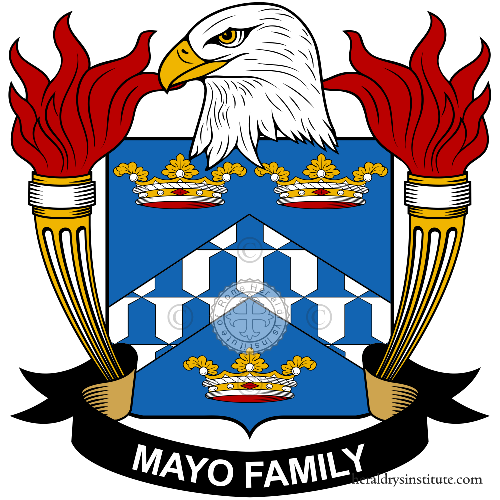 1. Coat of arms of family: Mayo

Coat of Arms of Mayo from U.S.A.
Click to Buy 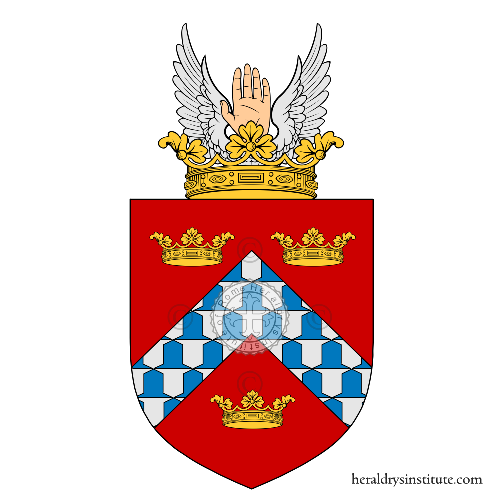 2. Coat of arms of family: Mayo

Heraldic Sources: "Irish Names and Surnames" by Rev.Patrick Woulfe; "Emigrants from England to the American Colonies 1773-1776" by Peter Wilson Coldham; 2Burke's American Families the genealogical publishing company"; "A Dictionary of Surnames" by Hanks and Hodges.
Click to Buy 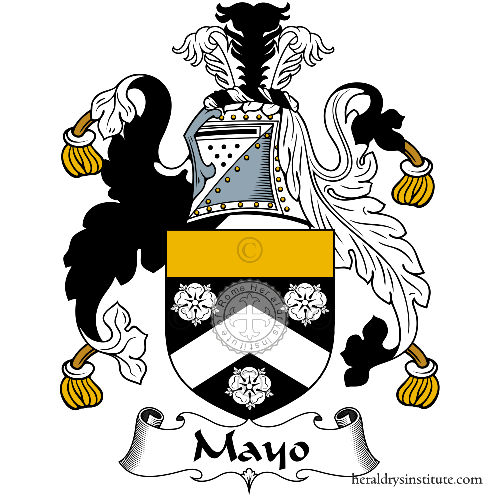 3. Coat of arms of family: Mayo

Sable, a chevron argent between three roses of the same on a chief or.

Coat of arms of family Mayo in England.
Click to Buy