Dossier: 600027
Type:Heraldic dossiers
Language of the text: English
Nobility: Baronets - Knights - Lords
Nobles in:England (England)
The country or region of the dossier mainly refers to the places where the family was ascribed to the nobility and may be different from those of residence

The name 'Payne' is of English origin. It is derived from the Middle English word 'Pain(e)', 'Payn(e)' from the Latin name 'Paganus' a derivative of 'pagus' meaning outlying village, and meant at first a rustic then a civilian as opposed to a soldier, and finally a heathen (one enrolled in the family of Christ). In spite of its Christian associations this was a popular name in the early Middle Ages. Compiled information from Historical and Private archive's has confirmed that the surname 'Payne' and or it's variant's, dates as far back as the 13th century were a 'Katerina Paynel', from the County of Oxfordshire, England, is recorded on the Hundred Rolls in 1273. The exact period of settlement in North America has not been definately determined but Information extracted from Public and Civil registry archive's confirm that one of the first settlers was a certain ' Thomas Payne', who ... 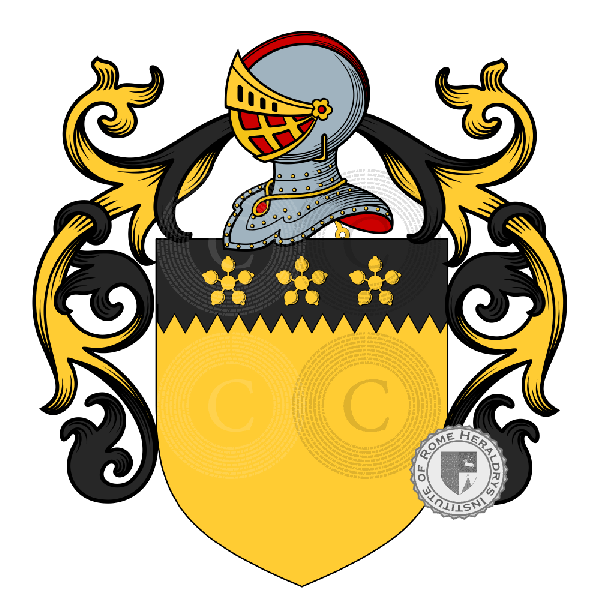 1. Coat of arms of family: Payne

Or, on a chief indented sable three ciquefoils of the first.

Blazon of family Payne in England; sources: "Irish Names and Surnames" by Rev.Patrick Woulfe; "Emigrants from England to the American Colonies 1773-1776" by Peter Wilson Coldham; "Burke's American Families the genological publishing company"; "A Dictionary of Surnames by Hanks and Hodges". 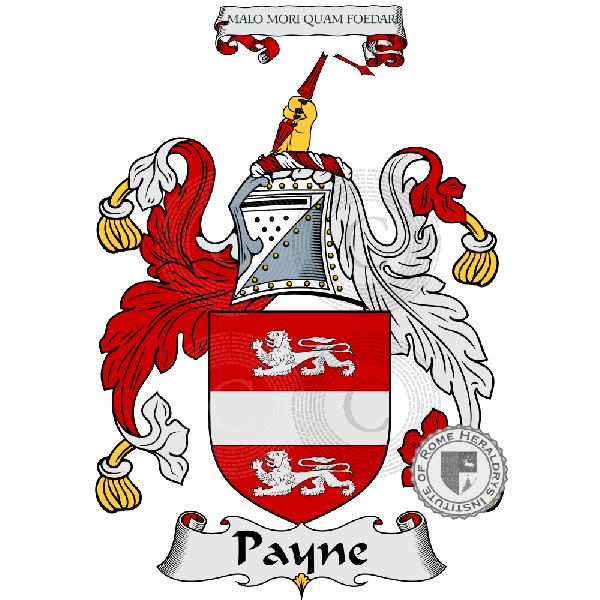 2. Coat of arms of family: Payne