The name 'Petts' originates from England. It is a variant of the name 'Pitt', derived from Topographic name for someone who lived by a pit or hollow, from the Old English word 'pytt', or habitation name from a place named with this word, e.g. 'Pitt' in Hants or 'Pett' in East Sussex. Compiled information from Historical and Private archive's has confirmed that the surname 'Pittman' and or it's variant's, dates as far back as the 13th century were a 'John Piteman', from the county of Buckinghamshire, England, is recorded on the Hundred Rolls in 1273. The exact period of settlement in North America has not been definitely determined but Information extracted from Public and Civil registry archive's confirm that one of the first settlers was a certain 'William Pitman', aged 24, a carpenter and joiner by trade, from Worcester, England. He immigrated to North America in 1774, sailing from the Port of London aboard the ship named the 'Rebecca' on the 28th of August 1774, arriving in Maryland on the 4th of September of the same, where he served as indentured servant. Today, 'Pittman' is the '620th' most common surname in North America. ...
To know more 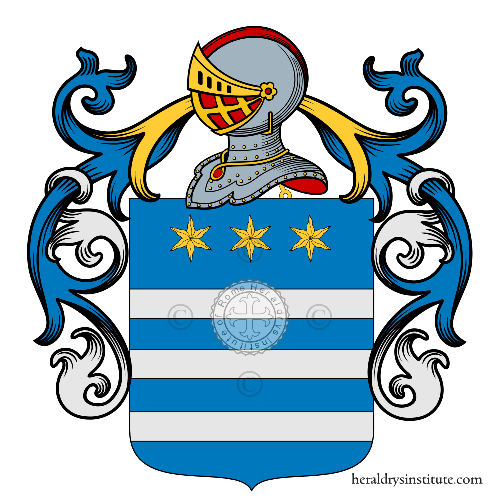 Azure three bars argent, in chief as many estoiles or.