Language of the text: English
Nobility: Nobles
Nobles in:Italy - Spain
The country or region of the dossier mainly refers to the places where the family was ascribed to the nobility and may be different from those of residence

Ancient and noble Spanish family, of clear and ancestral virtue, originally known as Ros that has worldwide spread, over the centuries. During the XV century, a branch of this family moved to Sardinia, Italy, where it began to be known also as Rostro. In Spain, the members of this family were landowners but many distinguished themselves in the military service. In Sardinia, the family held important positions in Cagliari, since the early fifteenth century, with a Luigi, governor of the head of Cagliari and Gallura. His descendants settled in Alghero, where they possessed numerous fiefs. From the analysis of colours and symbols of the coat of arms we can have more information about the family virtues. The tincture azure, being the colour of the sky, symbolizes all the highest virtues and, among spiritual ones, devotion, fidelity, chastity, justice, sanctity. For the mundane qualities it symbolizes beauty, nobility, fortitude, incorruptible firmness, ... 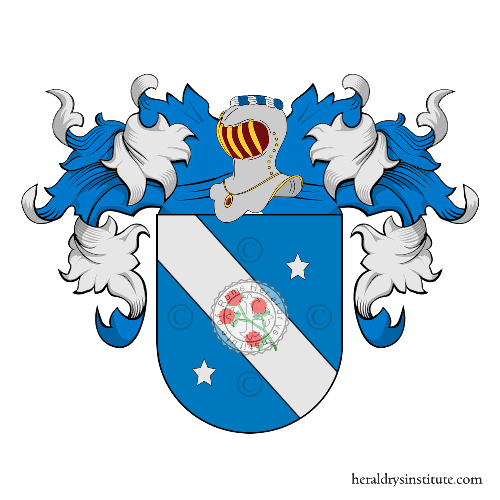 1. Coat of arms of family: Rostro 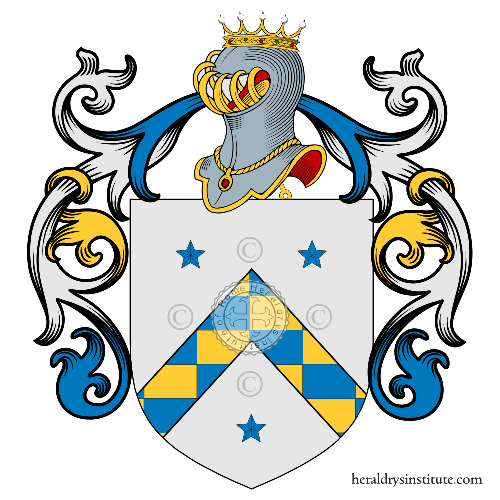 2. Coat of arms of family: Rostro

Argent, a chevron chequy or and argent between three stars azure 2,1.

The description of the family coat of arms has long since been handed down and although the original source is not known, the custom of use should provide its legitimacy.
Click to Buy