Dossier: 600594
Type:Heraldic dossiers
Language of the text: English
Nobility: Noble family - Knights - Lords
Nobles in:England
The country or region of the dossier mainly refers to the places where the family was ascribed to the nobility and may be different from those of residence

The surname Roth can be of English, German or Jewish in origin. From the German and Jewish it is a nickname for a person with red hair, from German 'rot', red ( Middle High German, Old High German 'rot' ). As a Jewish surname it is also at least partly ornamental: its frequency as a Jewish surname is disproportionate to the number of Jews who one may reasonably assume were red-headed during the period of surname adoption. In the German and English sense it is a topographical name for someone who lived in a clearing; Old English 'rod', meaning a woodland. A family could acquire a place name as a surname under three different circumstances: 1. the gentleman lived or worked in or near some topographical formation or landscape feature, either natural or artificial. 2. he formerly lived in a village and thus acquired the reputation of being from that ... 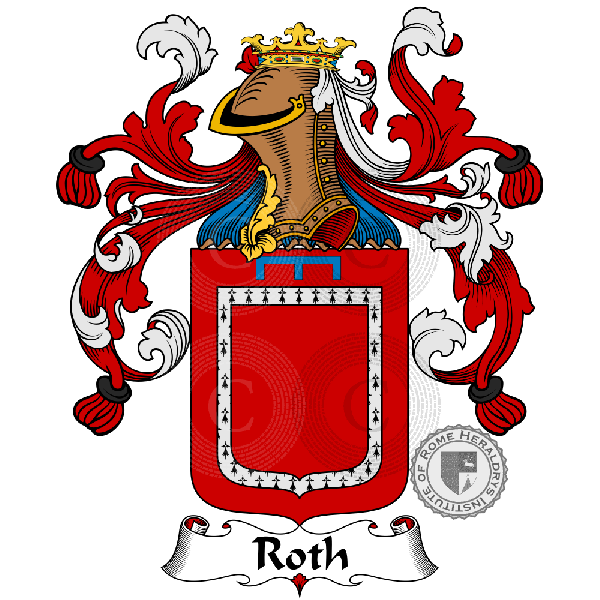 1. Coat of arms of family: Roth

Gules an orle ermine in chief a label azure.

Coat of arms of family Roth in England. Source of the Blazon: "The General Armory of England, Scotland, Ireland, and Wales" by Sir Bernard Burke, London 1884. 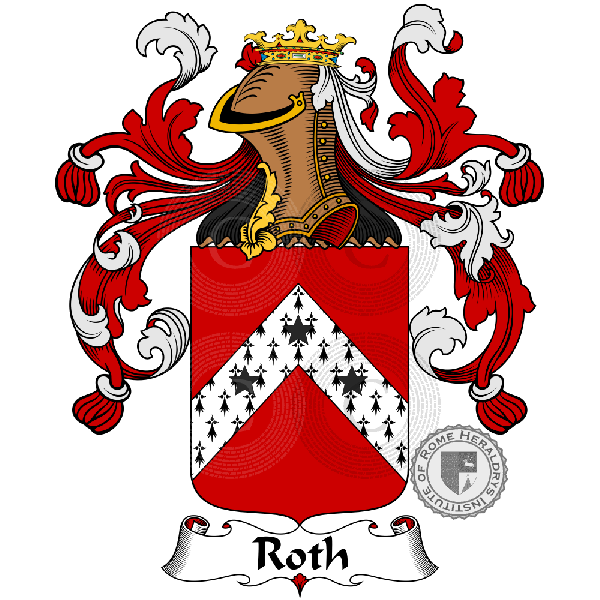 2. Coat of arms of family: Roth

Coat of arms of family Roth in Leicester. Source of the Blazon: "The General Armory of England, Scotland, Ireland, and Wales" by Sir Bernard Burke, London 1884.