Language of the text: English
Nobility: Nobles
Nobles in:Italy (Trentino - Sicily)
The country or region of the dossier mainly refers to the places where the family was ascribed to the nobility and may be different from those of residence
Variations Last name: Travaglia,Travaglianti
Variations of surnames are frequent and mainly derive from involuntary acts such as translation errors or dialectal inflections or from voluntary acts such as attempts to escape persecution or acquisition of titles and properties of other families

Ancient and noble Sicilian family, of clear and ancestral virtue, that has worldwide spread, over the centuries. According to what has been handed down, this family descends, and has also the same coat of arms, from the noble lineage Travaglia of Trentino, whose members were declared hereditary nobles of the Empire. An exponent of this family in fact probably moved to Sicily, in the first half of the eighteenth century, for business reasons. "Travagliare" in Sicilian means to work and therefore he was a "travagliante", being there for the aforementioned commercial reasons, and so his descendants were then known. Moreover his descendants had lands both in the Catania area and in the Messina area. In fact the Travagliante family, in all ages, always stood out, thanks to the prominent figures, which gave birth, in the public service, in the liberal and ecclesiastical professions and in the military service. From our ...
To know more 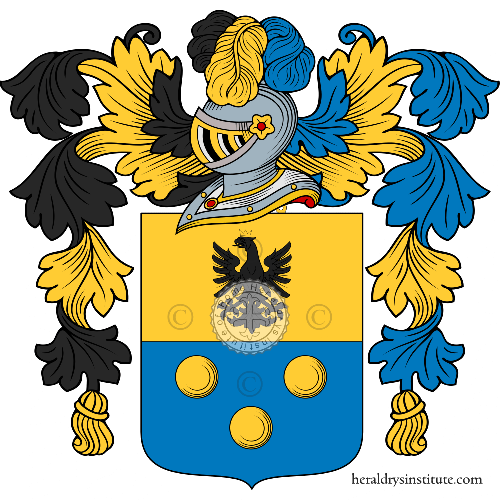 1° Coat of arms of family Travagliante 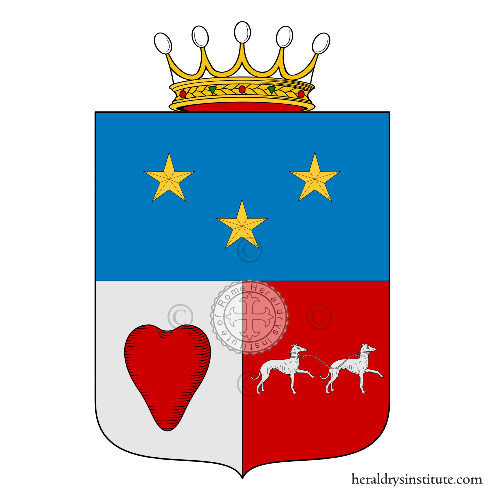 2° Coat of arms of family Travaglia

Per fesse; 1.° azure; three stars of five points or; 2.° per pale; A. argent, a heart gules; B. gules, two dogs argent contoruné linked by a chain.