Language of the text: English
Nobility: Nobles
Nobles in:Italy - Spain (Calabria - Andalusia)
The country or region of the dossier mainly refers to the places where the family was ascribed to the nobility and may be different from those of residence
Variations Last name: Zacarìas
Variations of surnames are frequent and mainly derive from involuntary acts such as translation errors or dialectal inflections or from voluntary acts such as attempts to escape persecution or acquisition of titles and properties of other families

Ancient and illustrious family from Calabria, of clear and ancestral virtue, that has worldwide spread, over the centuries. Legend has it that this lineage originated from a Spanish knight of the noble Zacarìas family, who arrived in the Kingdom of Naples in the wake of King Ferdinand and settled in Calabria, having received some lands there, by the said sovereign, as a reward for the services rendered. Surely the Zagari family had their main residence in the city of Scilla, where its exponents lived in the homonymous noble palace. This family has always distinguished itself for its exponents. From our archives: Tommaso Zagari, notary in Scilla, flourishing in the late 17th century; Gio. Batta Zagari, landowner in the Reggio area, flourishing in 1717; Luigi Zagari, notary in Scilla, flourishing in 1747; Agostino Zagari, doctor of law, flourishing in Reggio Calabria in 1798; Attilio Zagari, councillor in Reggio Calabria, flourishing in ... 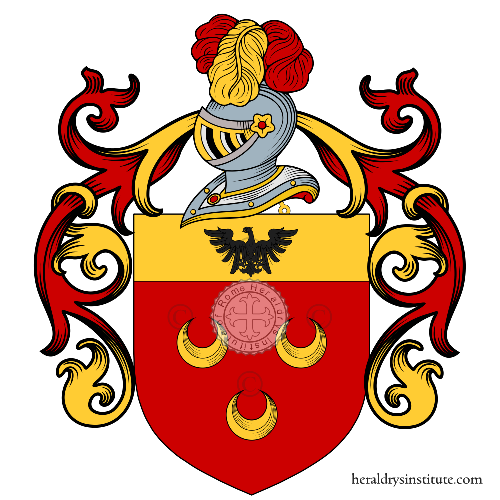 1. Coat of arms of family: Zagari

Gules, three crescents, or, on a chief of the same an eagle, sable.

Coat of arms whose description has been passed down for a long time and although the original source is not known.
Click to Buy 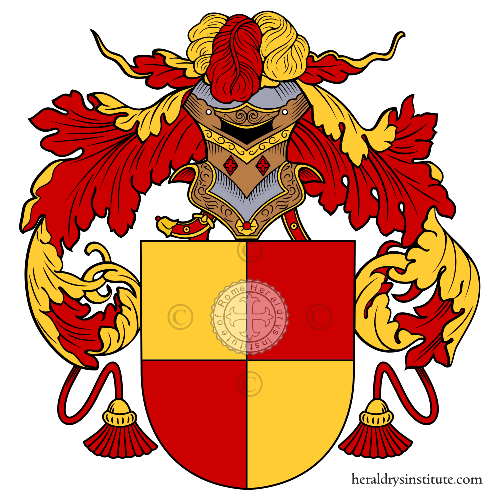 2. Coat of arms of family: Zacarìas

Quarterly or and gules.