Language of the text: English
Nobility: Nobles - Counts - Knights
Nobles in:Italia (Piedmont - Lombardy - Veneto)
The country or region of the dossier mainly refers to the places where the family was ascribed to the nobility and may be different from those of residence
Variations Last name: Zanchi
Variations of surnames are frequent and mainly derive from involuntary acts such as translation errors or dialectal inflections or from voluntary acts such as attempts to escape persecution or acquisition of titles and properties of other families

Ancient and noble family from Bergamo (Lombardy), of clear and ancestral virtue, a branch of which moved to Verona, Veneto, where, in the year 1526, was admitted to that noble Council. Originally known as Zanchi, being originally from Grumello de’ Zanchi, a small land in the territory between Zogno and Poscante in the Brembana Valley, the family name in Veneto was often transcribed as Zanghi. This illustrious House owned lands and castles in the Bergamo area, with the title of Count, that was later recognized by the Venetian Republic. It counts among its major exponents: canons, bishops and knights of the Gerosolimitan Order. Giovan Grisostomo, lateran canon, was a discreet scholar and died in 1556 in Bergamo. Other clergymen were: Bernardino (1534), Gerardo (1535) and Marco Antonio (1587). Paolo, Gerosolimite knight, fought at the siege of Vercelli and that of La Rochelle in France. He died in 1661, as governor ... 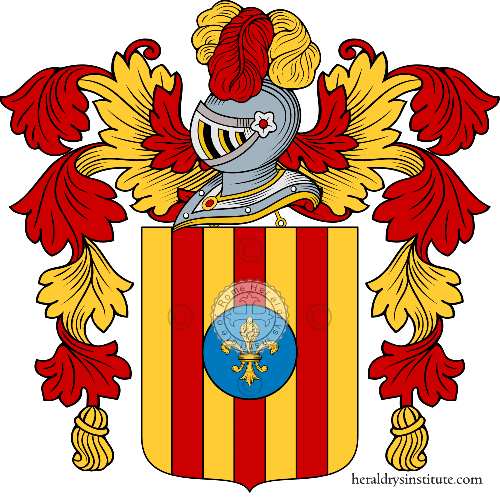 1. Coat of arms of family: Zanghi

Or, three pales gules, debruised by a fleur-de-lys or on a round inescutcheon azure. 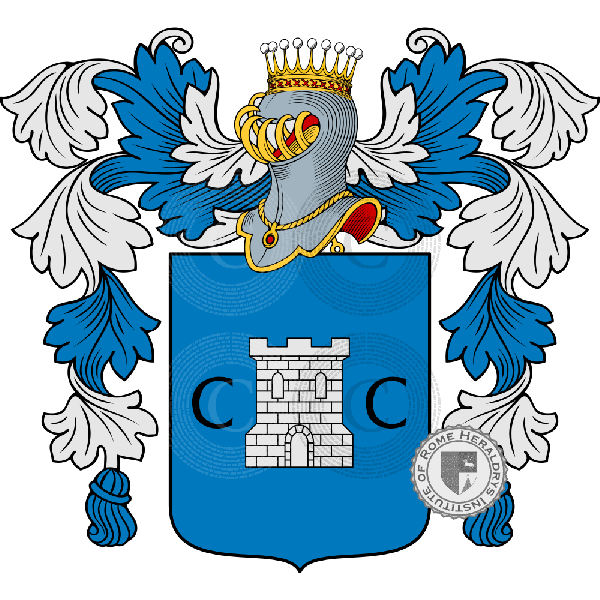 2. Coat of arms of family: Zanchi