Results of the family Coat of Arms search
CAPOCCI 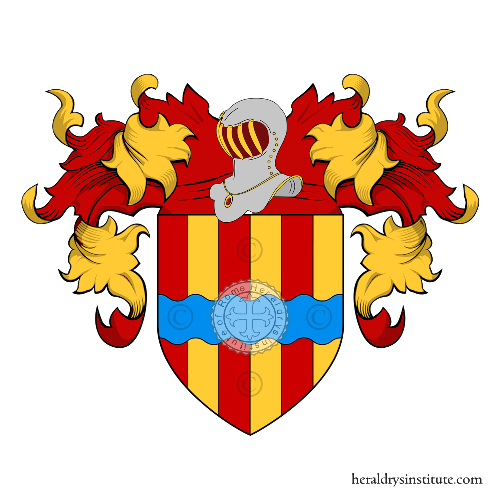 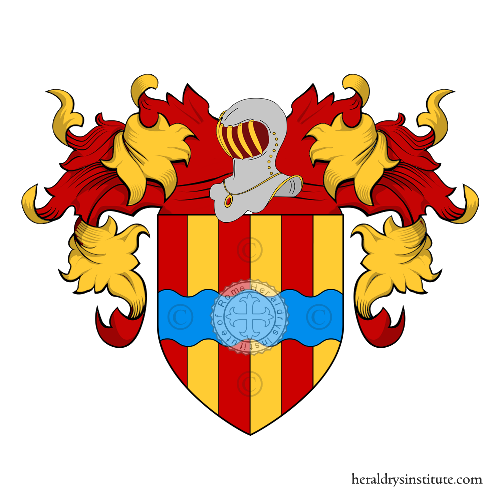 Read more
Blazon:
(English)
Paly of six, gules and or, over all a fess wavy azure.

Capoccello is typically Apulian, from Salice Salentino in the Lecce area and San Pancrazio Salentino in the Brindisi area, Capoccetta, typically from Lazio, is mainly from Ceccano in the frusinate, but also from the Latin area, Capoccetti has a stock in Umbria, one in the Aquila area and one between the Roman area and latinense, Capoccia is typical of Umbria and Lazio, with a strain also in Salento, Capocci, much more rare, has a stock in Rome and in the area of Cassino (FR) and Picinisco (FR) and one in Umbria in Terni, Capoccioni is from Viterbo, Capoccitti is specific to Balsorano nell'aquilense and to the nearby frusinate, Capocciuti is from Trevi in the Perugian, Capucci has a stock in the Mantua area and in the nearby Verona area, in Emilia in Bologna and Ferrara and in the Ravenna area, in Forlì and Rimini, with small stocks also in the Roman and Latin dialects, Capuccio has a Latin stock and one, very small, in the nissen, which should be an altered one of the surname Cappuccio, should all derive, directly or through hypochoristic or accretive, from the late Latin cognomen Capoccius, we have, for example, four Capoccius cardinals between 1200 and 1400: "... Nam inter alios eminuit Cardinalis Rainerus Capoccius, here tempore Innocentij IV and Flisca Familia famous Genuensis, cum Fridericus secundus Imperator suam Civitatem occupasset, adiuvantibus Consanguineis proprijs, ... ", in some cases they could also derive from a nickname perhaps originated from the fact that the progenitor was endowed with a head larger than normal ..