Language of the text: Deutsch
Nobility: Adelsfamilie - Ritter
Nobles in:Deutschland
The country or region of the dossier mainly refers to the places where the family was ascribed to the nobility and may be different from those of residence
Variations Last name: Assenheim
Variations of surnames are frequent and mainly derive from involuntary acts such as translation errors or dialectal inflections or from voluntary acts such as attempts to escape persecution or acquisition of titles and properties of other families 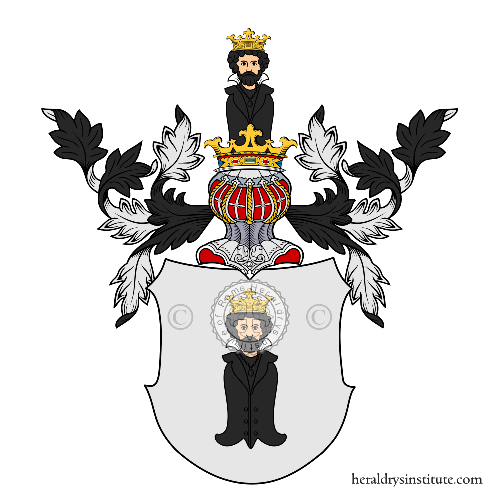 1. Coat of arms of family Assenheimer

Argent; a man vested sable, adorned argent, crowned or. Crest: the man of the shield.

This coat of arms has been handed down for a long time and although the original source is not known, the custom of use provides its legitimacy.
Click to Buy