Language of the text: English
Nobility: Nobles
Nobles in:Italy (Veneto - Tuscany)
The country or region of the dossier mainly refers to the places where the family was ascribed to the nobility and may be different from those of residence
Variations Last name: Bevilacqua,de Biachis
Variations of surnames are frequent and mainly derive from involuntary acts such as translation errors or dialectal inflections or from voluntary acts such as attempts to escape persecution or acquisition of titles and properties of other families

Ancient and noble Italian family, originally from Fivizzano (Tuscany), of clear and ancestral virtue, that has worldwide spread, over the centuries. Indeed the family has ancient Lombard origins. As we read in the work "Biografia Cremonese: Ossia Dizionario Storico Delle Famiglie E Persone Per Qualsivoglia Titolo Memorabili E Chiare Spettanti Alla Città Di Cremona Dai Tempi Più Remoti Fino All'et Nostra" by Vincenzo Lancetti, the surname Biacchi is the syncopated form of "Bevilacqua". Therefore the family Biacchi of Toscana descends from the very noble family Bevilacqua of Cremona or better from the branch known as Biacchi or de Biachis. The first attestation of the surname "Biacchi" is found in Cremona with a Ruggero Biacchi, consul of Cremona in the XIII century. Later we found an Ognibene de Biachis, flourishing in 1310. At the beginning of the 15th century, Lodovica de Biacchi, noblewoman, flourished instead. We do not know exactly when ... 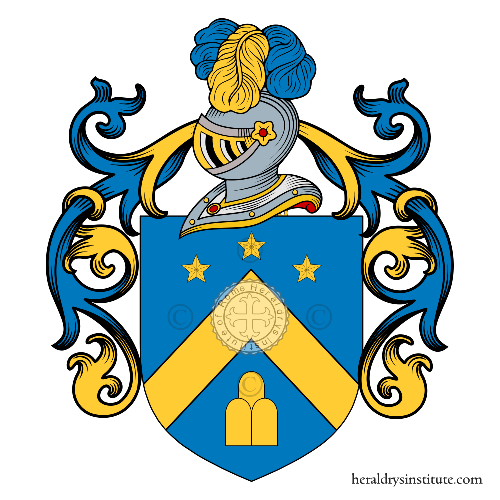 1. Coat of arms of family: Biacchi

Azure, a chevron or between three stars in chief and a triple mount in base of the same. 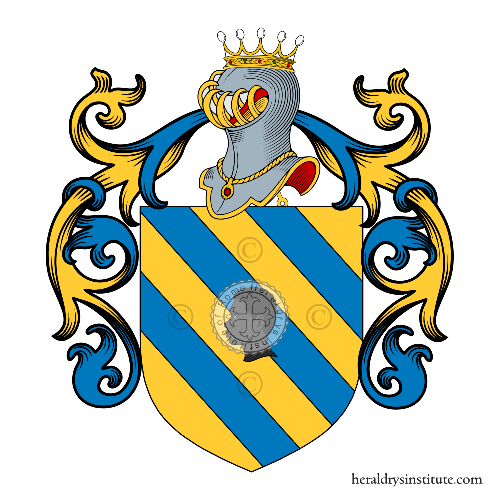 2. Coat of arms of family: Bevilacqua

Or, three bends, azure, over all a moor's head, proper.

Coat of arms of family Bevilacqua from Cremona. Source: State Archive of Cremona
Click to Buy