Dossier: 24364
Type:Heraldic dossiers
Language of the text: English
Please note this is an automatic translation done by a program, if you buy a heraldic document the text will be written by a native language heraldist
Nobility: Nobili - Cavalieri
Nobles in:Italia
The country or region of the dossier mainly refers to the places where the family was ascribed to the nobility and may be different from those of residence

Italiano  English  Español  Portugûes  Deutsch
Ancient and very noble Portuguese family, called Caiado or Calado, of clear and ancestral virtue, which has spread over the centuries in various regions of Europe and the world. The first certain news relating to the Caiado family occurs with a Lourenço C., "vedor da Justiça" and bailiff of the border, under the reign of Alfonso IV. At the time of Alfonso V, a Martim Caiado flourished, squire of the Royal House, master of a nephew of the same king and Mayor of the hills of Lisbon. The same was subsequently named Knight and "farmer from comarca" of Setubal. Queen Isabel, mother of D. João II, created the said Martim "cavaleiro da casa" of the prince, as shown in a May 1486 paper. The prominent character of the family was certainly the poet and famous jurist Henrique Caiado (1470? - 1509). Even before coming to Bologna, Henrique had lived in ... 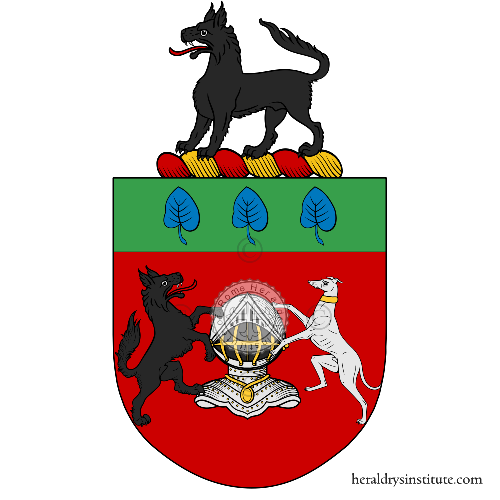