The name 'Curtis' originates from England. It is derived from the nickname for a refined person, sometimes no doubt given ironically, from Old Flemish, Middle English word 'curteis', 'co(u)rtois' meaning refined, accomplished (a derivative of the Old Flemish name 'court'). Variant: 'Curtiss'. Compiled information from Historical and Private archive's has confirmed that the surname 'Curtis' and or it's variant's, dates as far back as the 13th century were a 'William Le Curteis', from the County Oxfordshire, England, is recorded on the Hundred Rolls in 1273. The exact period of settlement in North America has not been definately determined but Information extracted from Public and Civil registry archive's confirm that one of the first settlers was a certain 'William Curtis', aged 14, from Stratford-on-Avon, Warwickshire, England. He emigrated to North America in 1632 with his mother, 'Elizabeth Curtis'. He settled at Stratford, Connecticut, of which township he was original proprietor and Captain of the Train Band. 'Curtis' is the '232nd' most common surname in North America. ... 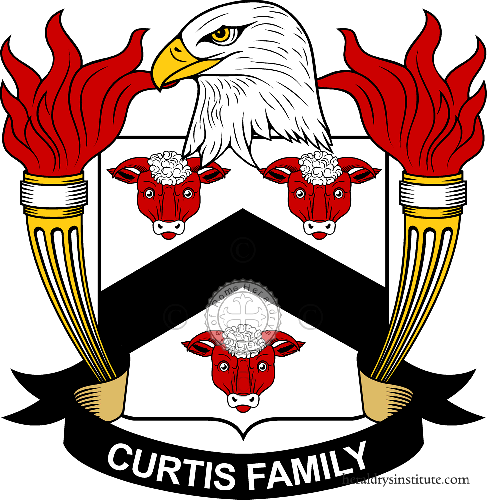 1. Coat of arms of family: Curtis

Coat of Arms of Curtis from U.S.A.
Click to Buy 2. Coat of arms of family: Curtis

Azure, a fesse dancetée between three ducal coronets or. 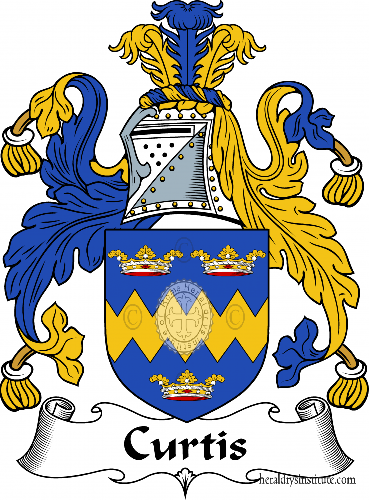 3. Coat of arms of family: Curtis

Coat of arms of family Curtis from England
Click to Buy