Language of the text: English
Nobility: Nobles
Nobles in:Italia
The country or region of the dossier mainly refers to the places where the family was ascribed to the nobility and may be different from those of residence

Ancient and noble Italian family from Bologna, of clear and ancestral virtue, known as De Togni or Togni, that has worldwide spread, over the centuries. The clear nobility of the House is confirmed by the presence of its blazon in the valuable work "Blasone Bolognese - Stemmi delle famiglie nobili e cittadine di Bologna raccolti da Floriano Canetoli", that is a work edited by Abbot Dal Fiore and printed in Bologna (1791-1795) by Floriano Canetoli. The origin of this last name should be sought in a dialect change of the apheresis of the name Antonio, that the dialect transforms into "Togn-". Moreover, this family, in all ages, always stood out, thanks to the prominent figures, which gave birth, in the public service, in the liberal and ecclesiastical professions and in the military service. Among these, without undervalue the omitted, we would like to mention: Tommaso, landowner, flourishing in 1569; Francesco, ... 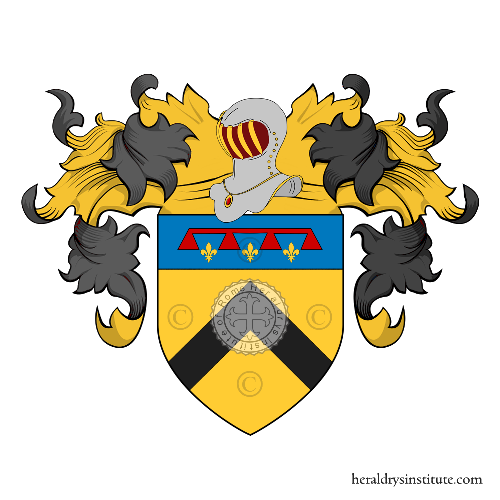 1. Coat of arms of family: Togni

Or, a chevron sable on a chief of Anjou.