Language of the text: English
Nobility: Nobles - Knights - Counts
Nobles in:Italy (Piemonte - Liguria - Sardegna - Abruzzo)
The country or region of the dossier mainly refers to the places where the family was ascribed to the nobility and may be different from those of residence
Variations Last name: Cani
Variations of surnames are frequent and mainly derive from involuntary acts such as translation errors or dialectal inflections or from voluntary acts such as attempts to escape persecution or acquisition of titles and properties of other families

Ancient and noble Italian family, of clear and ancestral virtue, that has worldwide spread, over the centuries. Originally from Iglesias (Sardinia), in the second half of the sixteenth century the family split into three branches. Dr. Michelangelo, a tax lawyer, moved to Cagliari and married an Aymerich; his son Antiochus was a judge of the Royal Hearing and, in 1599, he had the hereditary knighthood and the nobility. His descendants were admitted to military status in 1624, during the Vivas Parliament. A second branch, remained in Iglesias, at the beginning of the eighteenth century moved to Cagliari, where in 1736, Dr. Antonio, patrimonial lawyer, obtained the hereditary knighthood and nobility. His son Saturnino, also a patrimonial lawyer, obtained the title of count of Isola Maggiore. A third branch, in the XVII century, moved to Sulmona, Abruzzo, where its members always held important positions. Among these, without undervalue the omitted, we ... 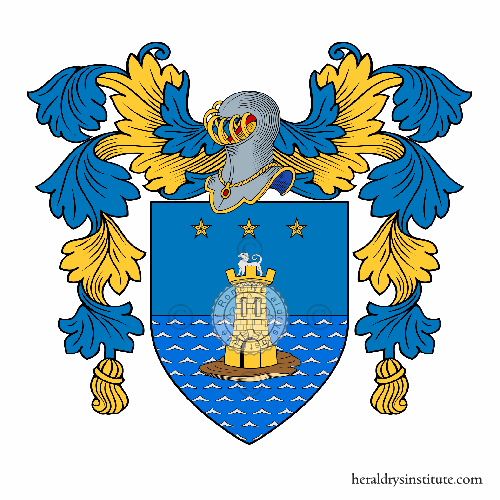 1. Coat of arms of family: Incani

Per fesse; 1° azure, three stars of five points or; 2° on an island proper surrounded by a sea of the same a tower brochant, or, surmounted by a dog argent.