Language of the text: English
Nobility: Nobles - Knights
Nobles in:Italy - Spain
The country or region of the dossier mainly refers to the places where the family was ascribed to the nobility and may be different from those of residence
Variations Last name: Graziani,Longini
Variations of surnames are frequent and mainly derive from involuntary acts such as translation errors or dialectal inflections or from voluntary acts such as attempts to escape persecution or acquisition of titles and properties of other families

Ancient and noble Italian family, of clear and ancestral virtue, that has worldwide spread, over the centuries. Kown as Longino or Longini, this is a noble house from Città di Castello (Perugia) where it already flourished in the XIV century. Tradition has it that this family has Roman origins and that it descends from Gaius Cassio Longino, consul at the time of Tiberius (30 AD). This lineage was also brought before the commission to obtain the cross of the Order of the Knights of Malta. Moreover, this family, in all ages, always stood out thanks to the prominent figures which gave birth, in the public service, in the liberal professions and in the military service. From our archive: Father Girolamo, a Franciscan minor conventual and learned theologian, flourishing in Città di Castello in the 16th century; Bastiano, councillor in Città di Castello in 1571; Pompeo, of Alessandro, doctor of law, ...
To know more 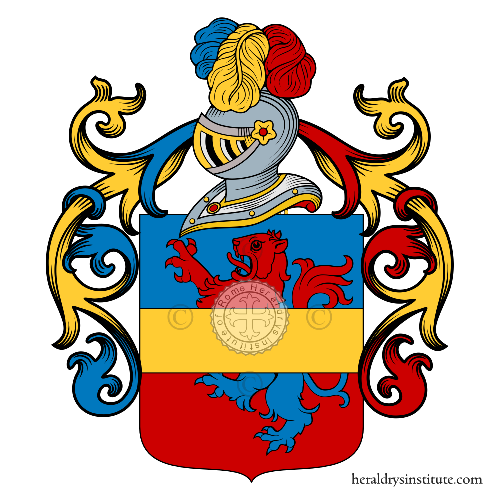 1. Coat of arms of family Longino

Party per fesse azure and gules, on a lion counterchanged a fesse or. 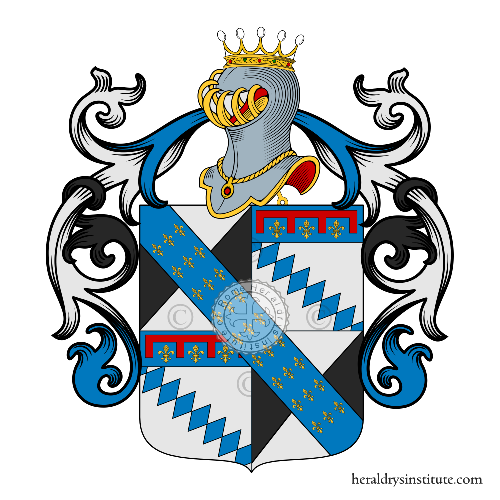 2. Coat of arms of family Graziani

Quarterly; 1° and 4° quarterly in saltire argent and sable; 2° and 3° argent, a bend fusilly azure on a chief of Anjou; over all a bend azure semè of fleur-de-lys or.