Dossier: 754339
Type:Heraldic dossiers
Language of the text: English
Nobility: Notables - Knights
Nobles in:Germany
The country or region of the dossier mainly refers to the places where the family was ascribed to the nobility and may be different from those of residence

Ancient and illustrious German family, of clear and ancestral virtue, that has worldwide spread over the centuries. According to what has been handed down, this family is originally from Greiffenberg, today a Polish city but once part of Germany. The first references to this surname date back to the 15th century, with a Hänslin Nerger, flourishing in Silesia in 1474. Of bourgeois origin, this family reached the status of notable thanks to the German law scholar Joachim Nerger (Greiffenberg, about 1626 - Wittenberg, February 28, 1682). After completing his studies, in 1650 he received the post of protonotary at the court of Wittenberg and of lawyer at the consistory of Wittenberg. On September 8, 1659 he obtained his doctorate in law and in the same year he became Professor of Institutions; in 1662 he had the chair of the "digestum novum" in 1662 and finally the chair of the "digestum ... 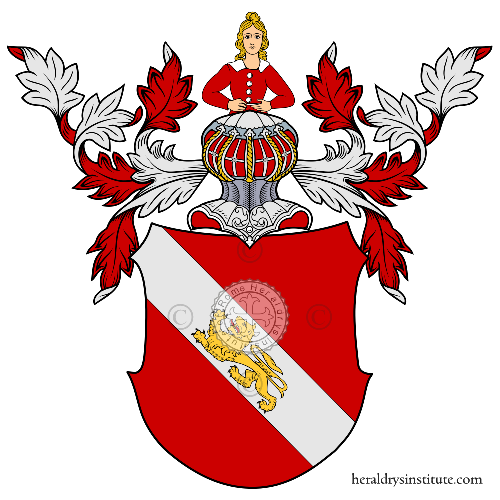 1. Coat of arms of family: Nerger

Unfortunately, the coat of arms of this family is unknown in the State Archives. However, a description of it has been handed down for a long time, the original source of which is uncertain today, but which is supposed to belong to the Nerger family.