Language of the text: English
Please note this is an automatic translation done by a program, if you buy a heraldic document the text will be written by a native language heraldist
Nobility: Nobili
Nobles in:Italia (Emilia Romagna)
The country or region of the dossier mainly refers to the places where the family was ascribed to the nobility and may be different from those of residence

Ancient and very noble Bolognese family, of clear and ancestral virtue, which has spread over the centuries in various regions of Italy. Regarding the origin of this cognomination, scholars do not agree: it could in fact derive from the Greek name "Staneus" but also from the medieval Germanic staff "Stannus" or from the Gothic "Stannis". In any case, the clear nobility of the Stagni family is confirmed by its presence in the valuable works: "Blazon Bolognese - Coats of arms of the noble and city families of Bologna collected by Floriano Canetoli", edition edited by Abbot Dal Fiore and printed in Bologna (1791 -1795) by Floriano Canetoli and "The historical-blazon dictionary of noble and notable Italian families that are extinct and flourishing", by the genealogist Giovan Battista di Crollalanza, published in Pisa in 1886 in three volumes, of over 1400 pages. From a chromatic analysis of the emblem, we can ... 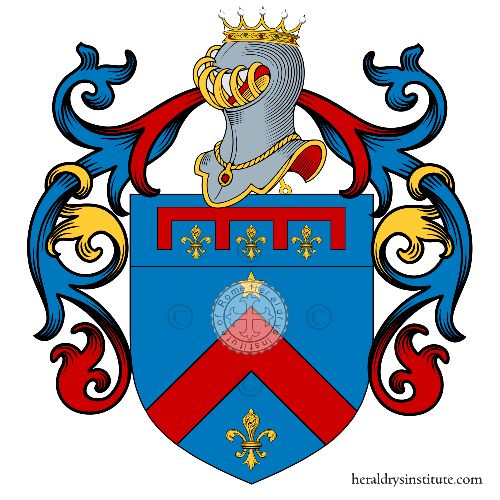 1. Coat of arms of family: Stagni