Dossier: 788657
Type:Heraldic dossiers
Language of the text: English
Nobility: Nobles
Nobles in:Deutschland (Pommern)
The country or region of the dossier mainly refers to the places where the family was ascribed to the nobility and may be different from those of residence

Ancient and noble German family, originally from Pomerania, a historical region on the southern shore of the Baltic Sea in Central Europe, of clear and ancestral virtue, that has worldwide spread, over the centuries. The clear nobility of this house is confirmed by its presence in some of the most prestigious European heraldry books, such as "Johann Siebmachers allgemeines großes und vollständiges Wappenbuch", a heraldic multivolume book regarding the nobility of the Holy Roman Empire, based on the work of the German engraver and publisher Johann Ambrosius Siebmacher (Nuremberg, c. 1561 - March 23, 1611). Residing in Warnekow, near , this family received confirmation of the ancient nobility in 1870. The family has also contracted noble relationships with other illustrious German and Polish families. Many of its exponents then distinguished themselves as much in the liberal professions as in military careers. Important information can also be obtained from an ... 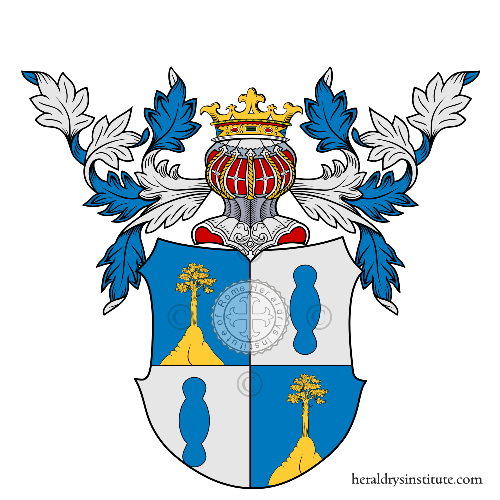 1. Coat of arms of family: Weichbrodt 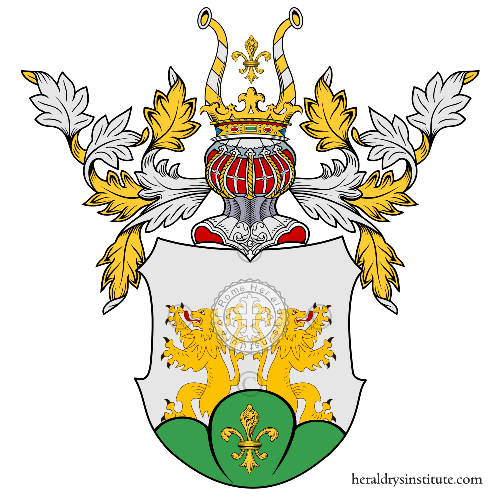 2. Coat of arms of family: Weichbrodt

Argent, two lion addorsed issant, proper, from a triple mount in base, vert, charged with a fleur-de-lys or. Crest: the fleur-de-lys between two elephant's trunks bendy and bendy sinister argent and or.

Alias of the Weichbrodt Coat of Arms whose description is handed down but whose original source is unfortunately unknown.