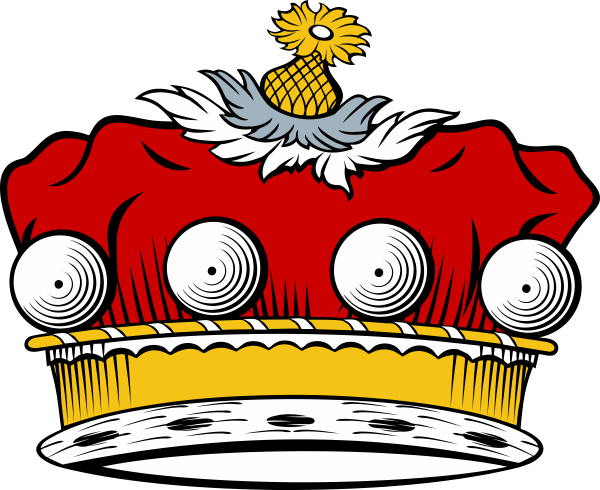 In Scotland, the rank of baron is a rank of the ancient feudal nobility of Scotland and refers to a holder of a feudal barony, formerly a feudal superiority over a proper territorial entity erected into a free barony by a Crown Charter, and is not usually considered a rank of Peerage. The Scottish equivalent of an English baron is a Lord of Parliament.
© 2019 - 2020 Heraldrys Institute of Rome -