Results of the family Coat of Arms search
CALANDRA 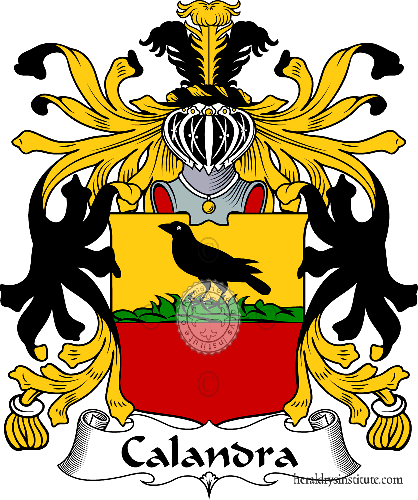 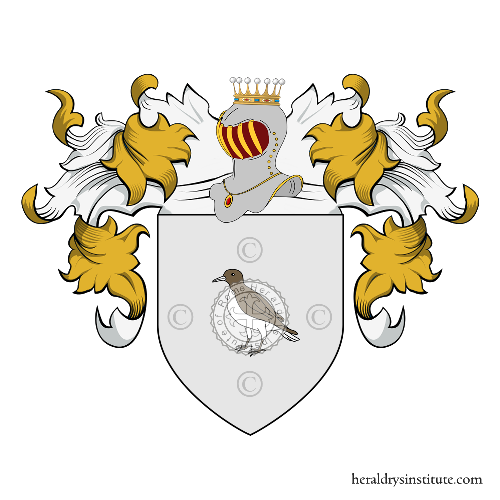 Calandra and diffused in all of Sicily and in the Neapolitan, Calandri has a Piedmont marker, in Turin and in the Cuneo, and Liguria in Italy, Savonese and Genovese, a little Umbro, built in perugino and one Roman, Calandria, almost unique , and of the savonese, Calander has a Roman hoop, a campanino in the Neapolitan, and sopratutto in him beneventano and one in the trapanese, potrebbero derives from the medieval name Calandro, Calandra, who wrote to the calandrius, a medieval mythological bird, citing him in Deuteronomy, that would have gained I had the ability to absorb the fluid and malicious source of the malattie, bringing the health to the hell that would have come close to his side: "..Dicitur in Naturalibus, calandrius, grandparents all day, inside the oculorum currant weighing, in infirmum fix aspicit If you live, what health you have is indexed: you will notice if you want to go infirm, and you will be infirmitatem will receive you, you will post flown in aera et ibi in ferv I'm all used to radio. Sic Christus, we enter amicus, all albus, ab ju ombe labe sins, ex cuius lateris opening sanguine defluens nostra animae, quae prius clarare see non poterat, curavit caliginem. ... ", the name was attributed to the own son of the household, which probably vera at least psychologically.