Results of the family Coat of Arms search
CASTRO 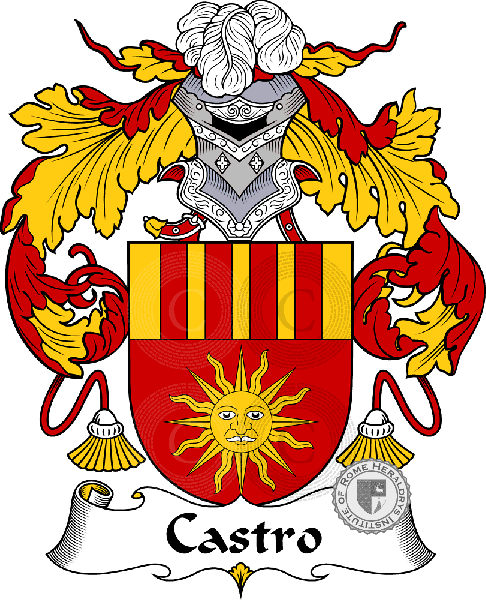 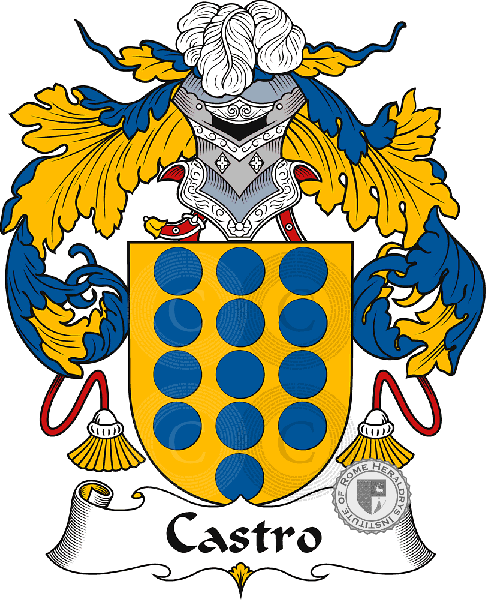 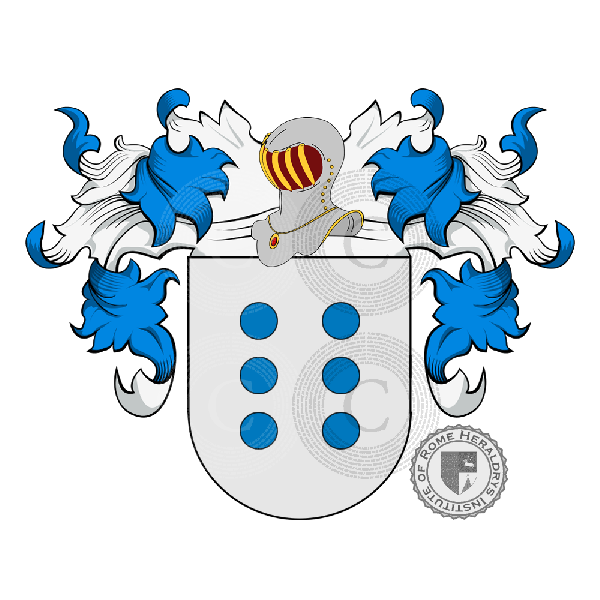 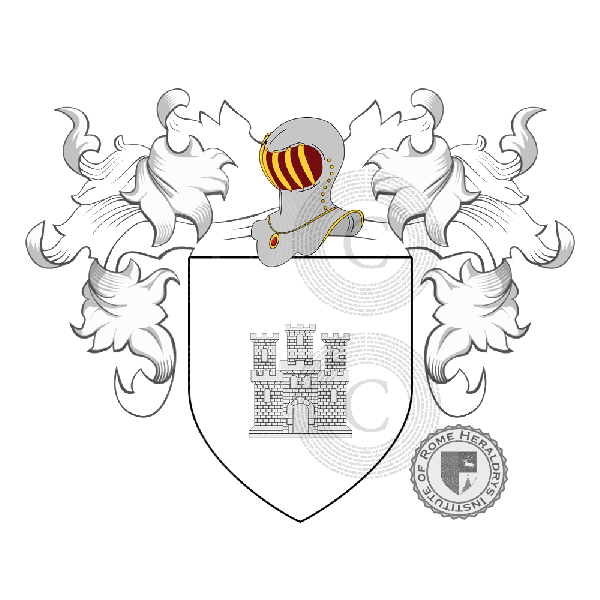 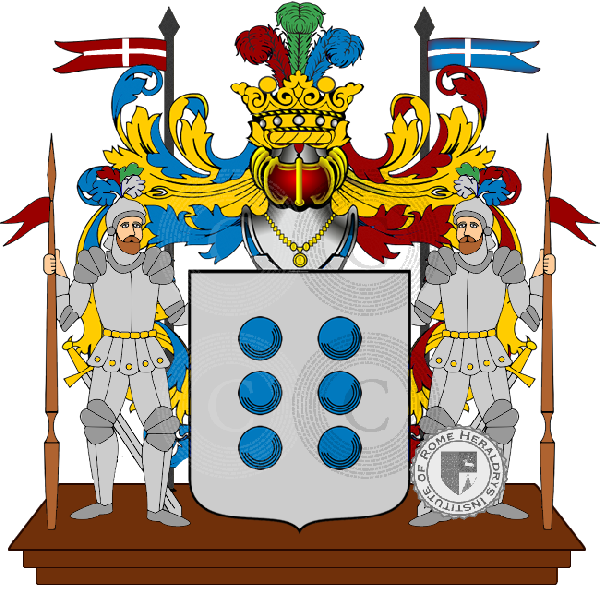 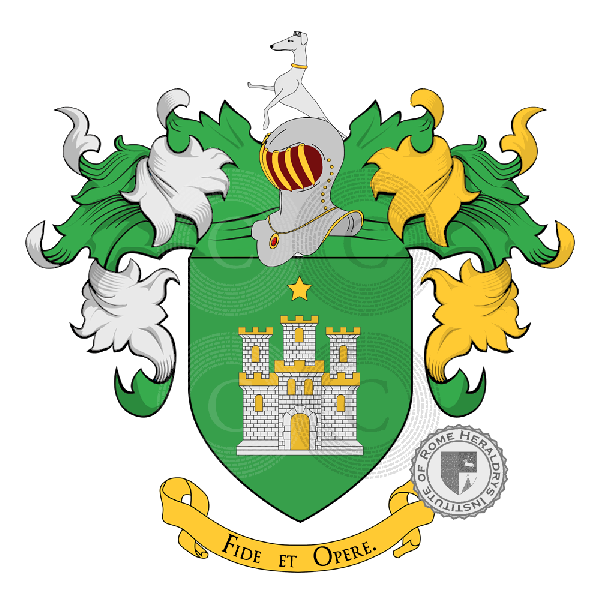 Castri has presences in Tuscany, a stock in the Roman, in Rocca di Papa and Rome, and one in L'Aquila, Castrini has a Lombard stock in the Brescia area, in Desenzano del Garda, Pozzolengo, Sirmione and in the nearby Mantua, and one in the area central that includes Abbadia San Salvatore in Siena, Todi in Perugia and Terni, Castrino seems to have disappeared in Italy, Castro seems to have in addition to the nucleus in Catania, also a stock in the Bari area and one in the Neapolitan area, with little presence in Sardinia, Castrone it is almost unique, Castroni has a stock in Martinsicuro in Teramo and one in Rome, they should derive, directly or through hypocoristic or accretive, from locality names containing the root Castr-, as can be seen from this text of 1399 found in Pavia: "... Ego Iohannes de Castro, filius quondam domini Gaspardi de Castro Arborii, publicus imperiali autoritate notarius ...". additions provided by Giuseppe Concas CASTRO: castle, stronghold; from the Latin castrum = fortified place. In the Sardinian language, especially in the Logudorese variant, the term castro or castru or castra indicates an ancient fortress, but also the nuraghi, which are considered the oldest fortifications in Sardinia. We mention some fortified places, many of which have disappeared or of which only the ruins remain: Castra, disappeared village (site of a Roman Cohort of equites - knights - Ligurians), at least until 74 d. C.) located about 4 kilometers from Oschiri. It was the capital of the Curadorìa of Montecuto, of the Giudicato kingdom of Torres. In 1324 it passed to the Crown of Aragon and then to the Kingdom (Aragonese) of Sardinia; then he was fief of King Pietro the Ceremonious to Giovanni d'Arborea, "rebel" brother of Mariano IV ° (father of Eleonora) and finally returned to the Kingdom of Sardinia; we do not know why, during the second part of the fifteenth century it was abandoned; Castro or Castle of Sant'Antioco, located near the town, of which few traces remain. We have several references: the first news of the existence of the Castle is of the Count della Marmora, Alberto Ferrero, in his "Viaggio in Sardegna" of 1839. Subsequently, Vittorio Angius speaks about it in the DGSSC of the States of SM the King of Sardinia, in 1841. It was a fortress composed of 7 towers, situated in a strategic position, immediately after the bridge, which still today connects the island (of Sant'Antioco) to the mainland; and again: Castrum Ianuense, the current Castelsardo; Castrum Platearum, the current Las Plassas, etc. etc. Currently the surname is present in 257 Italian Municipalities, of which 2 in Sardinia: Abbasanta 9, Selargius 3. It is instead a surname widespread throughout Italy, more frequently in the province of Catania. We find it in the ancient papers of Sardinia, but in the form De Castro. (see De Castro).

Typical Sicilian, of the Catanese in particular, traces of this surname we find in Palermo in a deed of 1631 the Senate commissioned to the silversmith Master Matteo Lo Castro some works. (see Castro)